Tomb 7. The Chamber of the Ancestors

In 1932, archaeologist Alfonso Caso found in Oaxaca, Mexico, one of the most extraordinary pre-Hispanic treasures. For years some of the objects found inside Tomb 7 of Monte Albán, were exhibited in a gallery with little interpretation available for visitors.
In 2018, the National Institute of Anthropology and History redesigned the permanent gallery with a complete new proposal, acknowledging the archaeological work of Caso and his team, and also the studies on the collection since the discovery.
In this context the tomb itself recovered special importance since it was the first Mexican funerary finding that was fully registered in photos, drawings and diagrams with measurements and position of the objects.

According to the data collected by Caso, we built a virtual replica of the two main Chambers of Tomb 7. It appears on two 86-inches screens (with 4K-image quality) displayed one after the other horizontally and set up as a kind of “table”. In this format the Virtual Reality replica is on a 76% scale, but in the exact proportion, having the objects situated in the actual place, conservation state and position that they were found.

In accordance with the curatorial script, 21 objects were selected as highlights, for reasons of beauty, technique, manufacturing quality, type of material and historic relevance. These objects may be accessed by four 15-inches touchscreens located on one large side of the “table”. On the four touchscreens, the main menu shows a replica or the virtual tomb located in front of them. The visitor may tap on one of the objects of the menu “activating” the object on the large format screens in front; the object comes out from the dirt and raises showing then the image with the actual appearance it has today, for instance: the Mosaic Skull or the Collars made out of small pieces, seen broken on the virtual tomb, when selected, they change (with a brief animation) to the restored pieces. At the same time, the touchscreens show close-ups of the object with relevant, easy to read information.

As part of the virtual experience of the tomb, we designed an Augmented Reality app; available for free downloads on the AppStore and Google PlayStore. This application for telephones and tablets presents eight of the most iconic pieces (only two of them repeated on the touchscreens, but with different information); these are mainly volumetric pieces which the visitor may admire in 360 degree images, along with brief audios that will share some stories and anecdotes enclosed in these exquisite master pieces of ancient Mexican cultural heritage. The museum visitor accesses them through Augmented Reality markers, designed after the objects, and placed around the virtual tomb.
If the user is not in the museum, he can download a PDF file containing the markers (from a link shown in the app). The PDF file may be seen on a desktop or be printed as an Album, so that the user may enjoy the app from wherever he is.

On the other hand, we designed eight electronic labels for 22-inches touchscreens placed beside the showcases where visitors may see high-resolution images of the collection displayed, and observe the on deep zoom with related information. 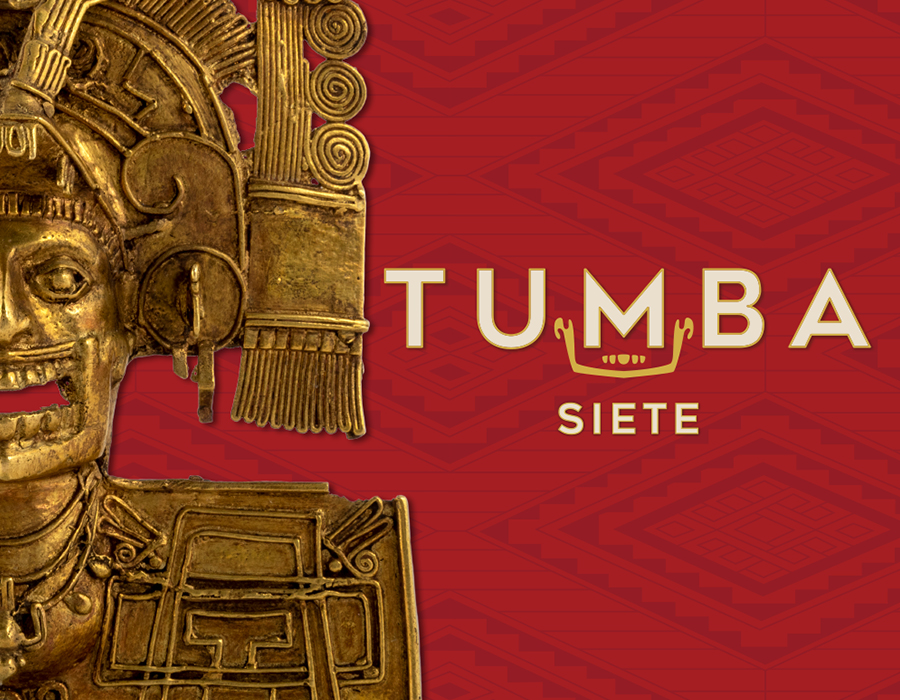 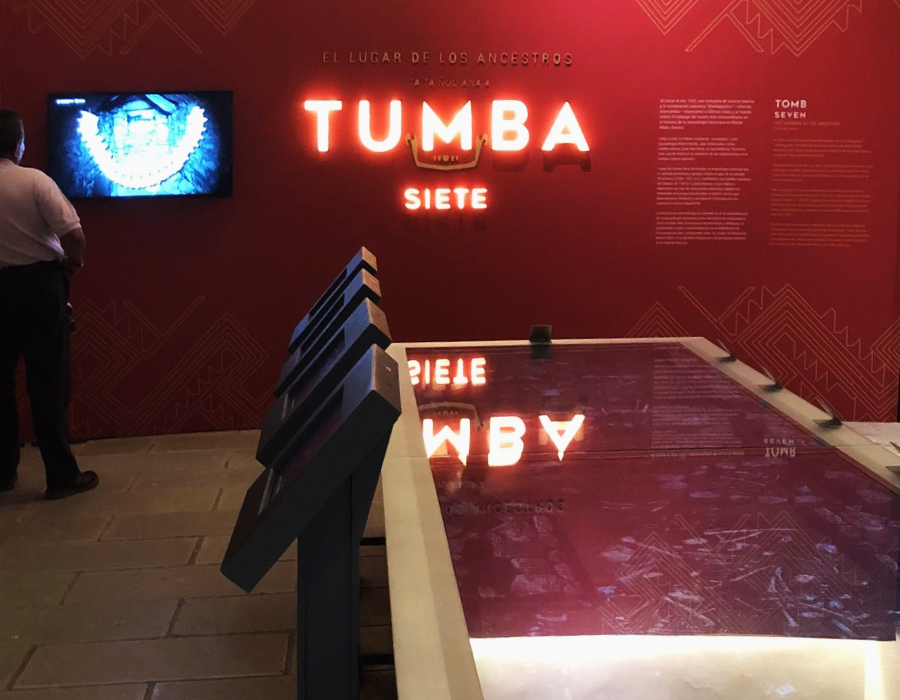 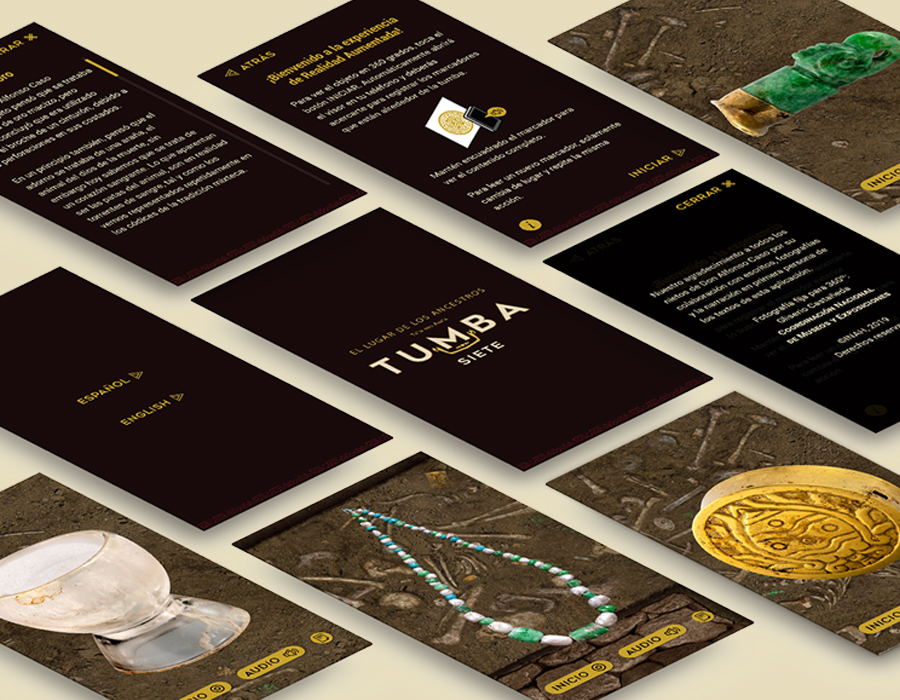 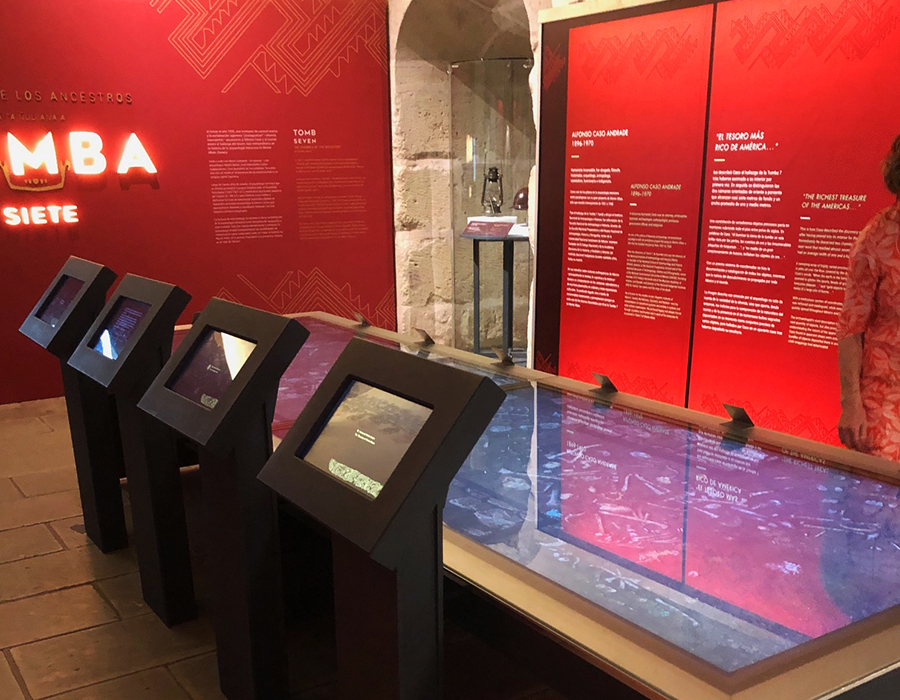 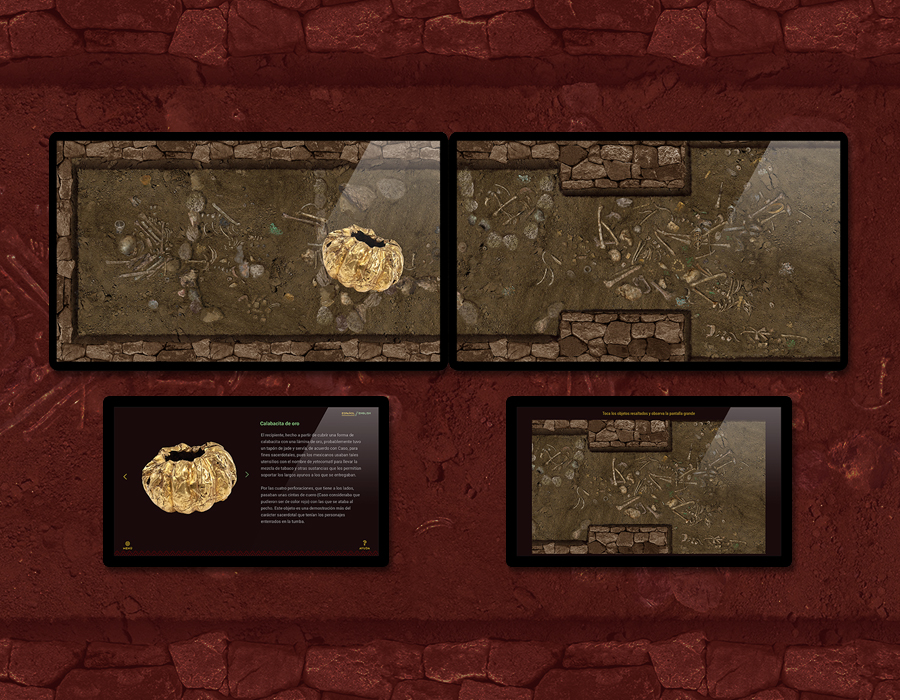 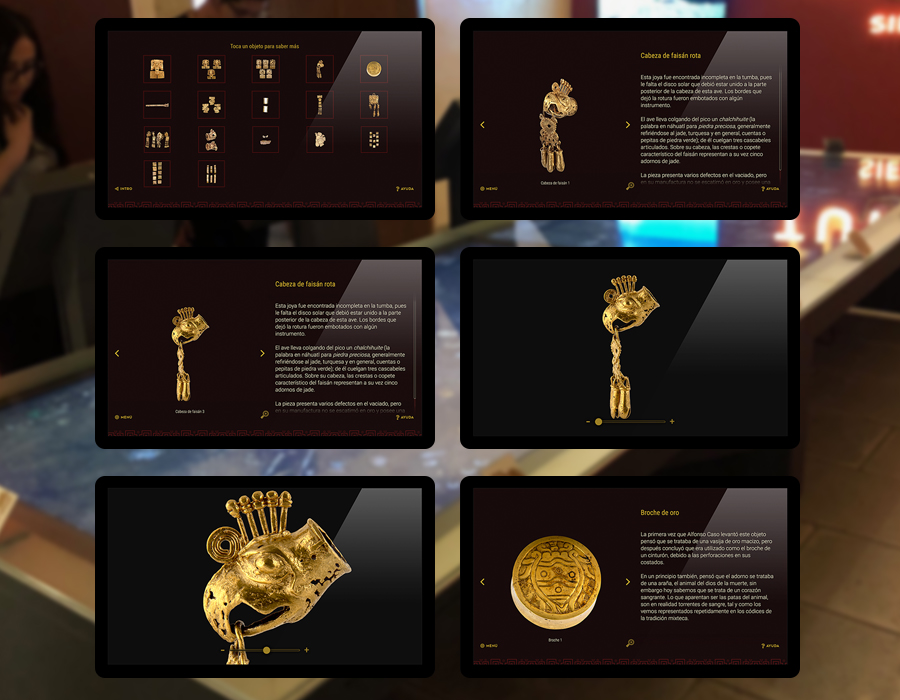 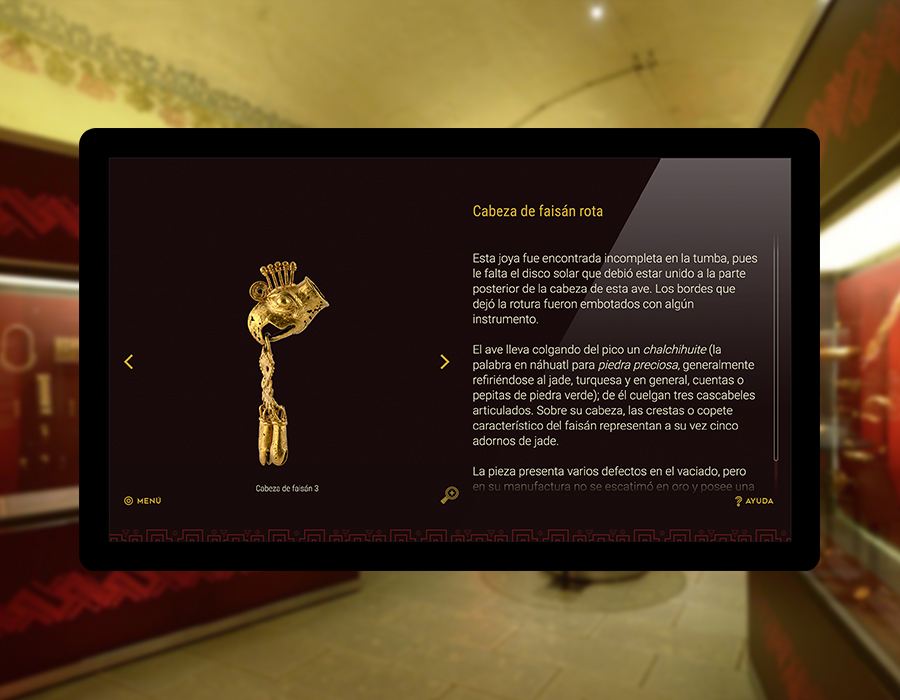 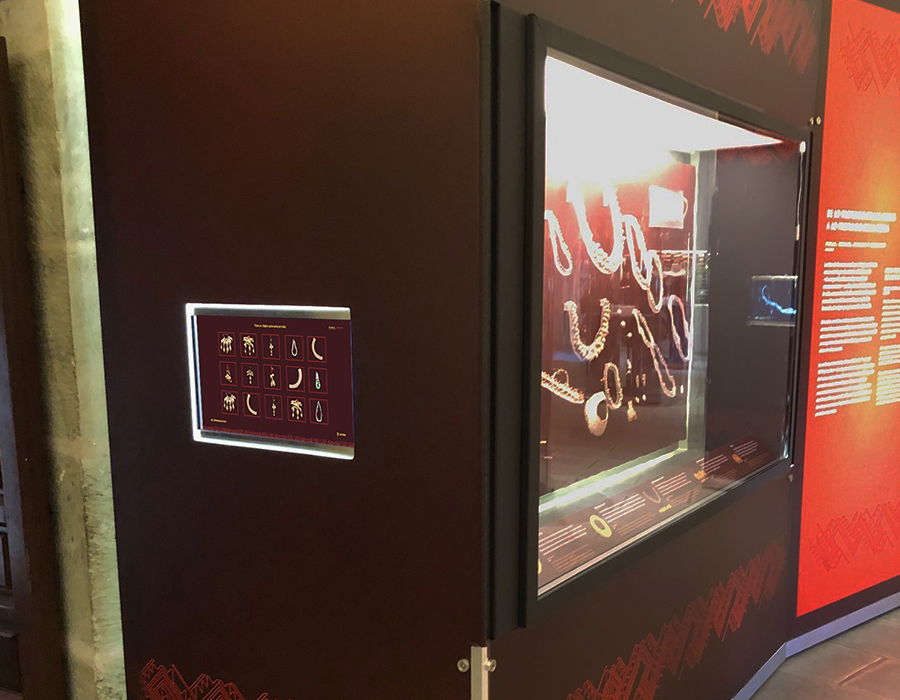