National Museums of the Ministry of the Defence, Spain

An ambitious project that included research for the development of scripts and image galleries. In the case of the Museum of Aeronautics and Astronautics, we proposed the thematic structure. The scrips for locutions and subtitles, as well as the scripts and production of audio descriptions for people with visual disabilities. In the Naval Museum we worked closely together with the museum team to decide on the 11 relevant objects for audio description, as well as for their 10 galleries, since it was important for the museum to have a tour to help visitors with visual disabilities.

We worked jointly with the museums for image supplies, although many of them were also produced by our team. We made illustrations expressly for the maps, schematics, of ships or weapons. The guides have a tool to locate each content unit on a map of the museum galleries and spaces.

In the case of the Naval Museum, we elaborated the scripts for the 10 units of the Children visit, as well as the original illustrations for their galleries.

Once the museum reviewed and validates the scripts, the audios were produced and on them we developed the sign language interpretation for the videos. The accessible content was only in Spanish, but all the content of the complete visits for the general public was translated into 8 more languages: English, French, German, Italian, Portuguese, Russian, Chinese and Japanese. And the audios for each one, were created.

Ministry of the Defence of the Government of Spain 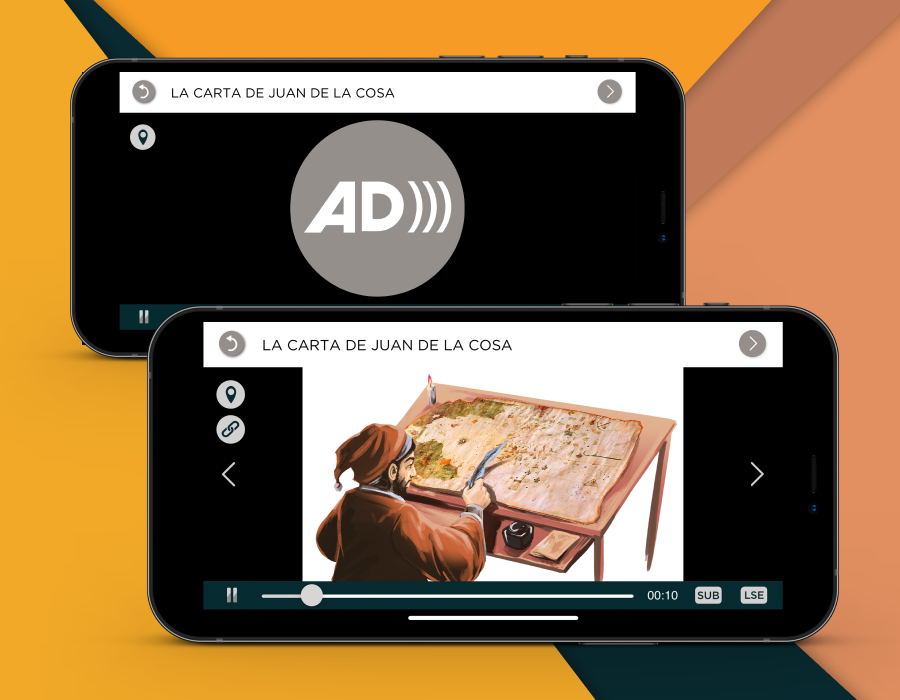 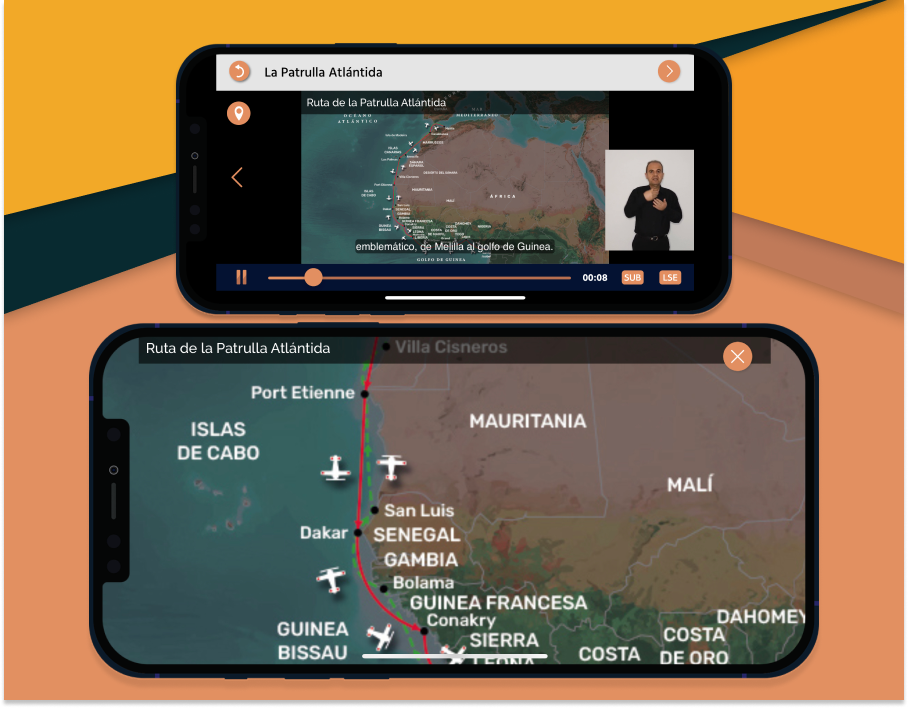 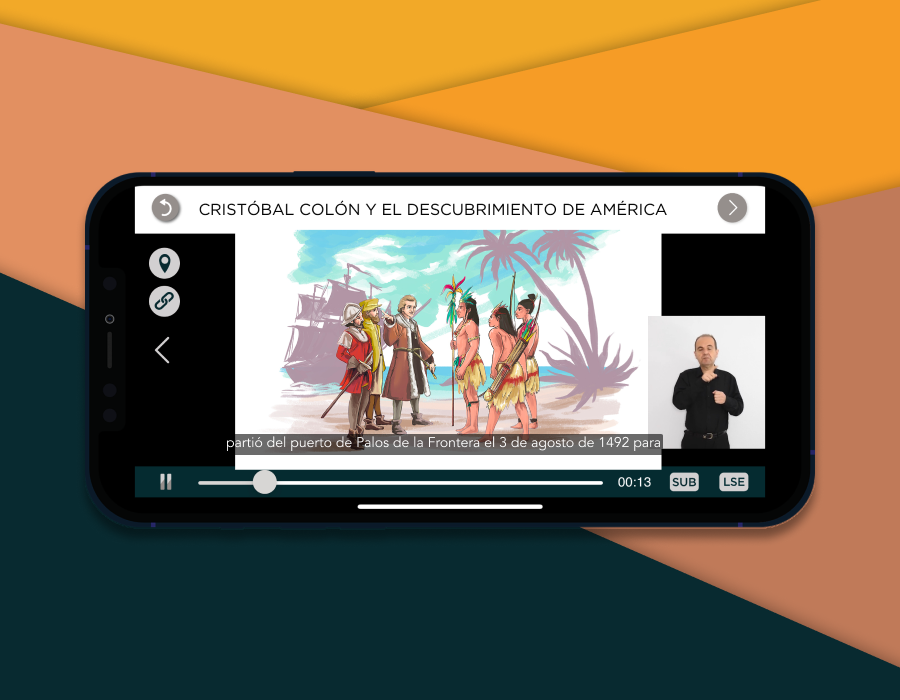