We designed two Apps for tablets installed inside the gallery, one of them was “Lights of the City” designed and developed from lithographs that show scenes from the independent Mexico, in which foreign painters captured different profiles of Mexico City.

The other extension called “By the Bridge of Word: Communication to Govern”, was developed based on reproductions of large sheets of paper called “Bandos y decretos” (Acts and Decrees), which served to announce the orders issued by the City Council on all matters that affected the good rhythm of everyday life in the city.

Both interactive Applications, which served as a complement to the temporary exhibition, show high quality images for the user to zoom-in and observe them in great detail. 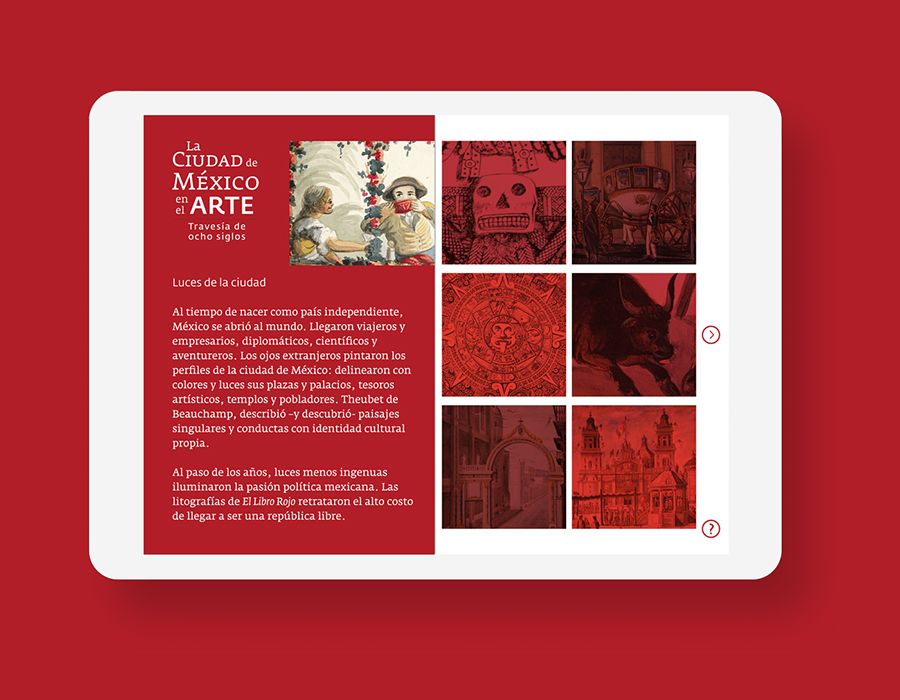 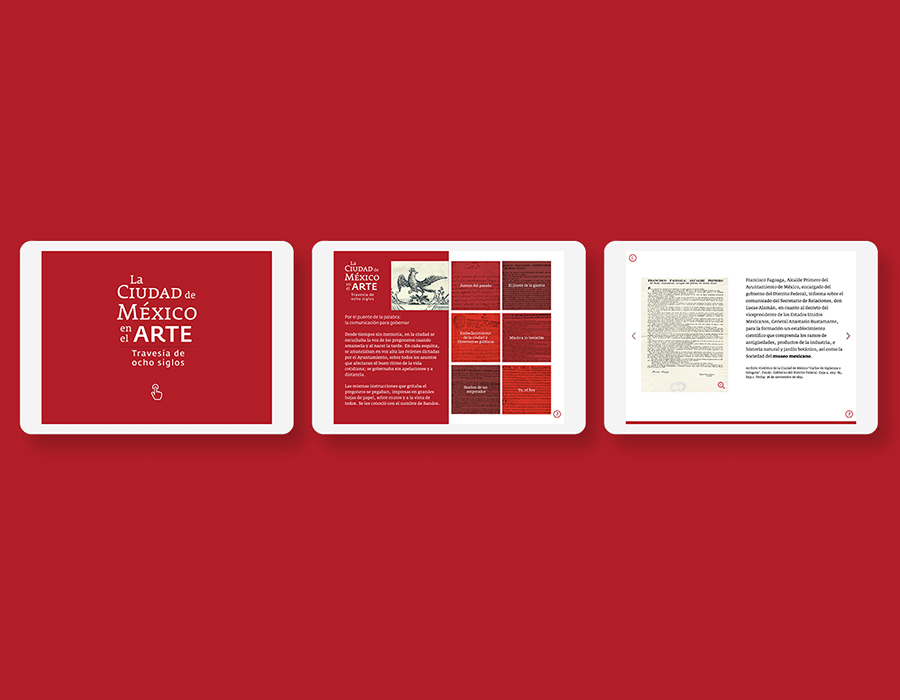 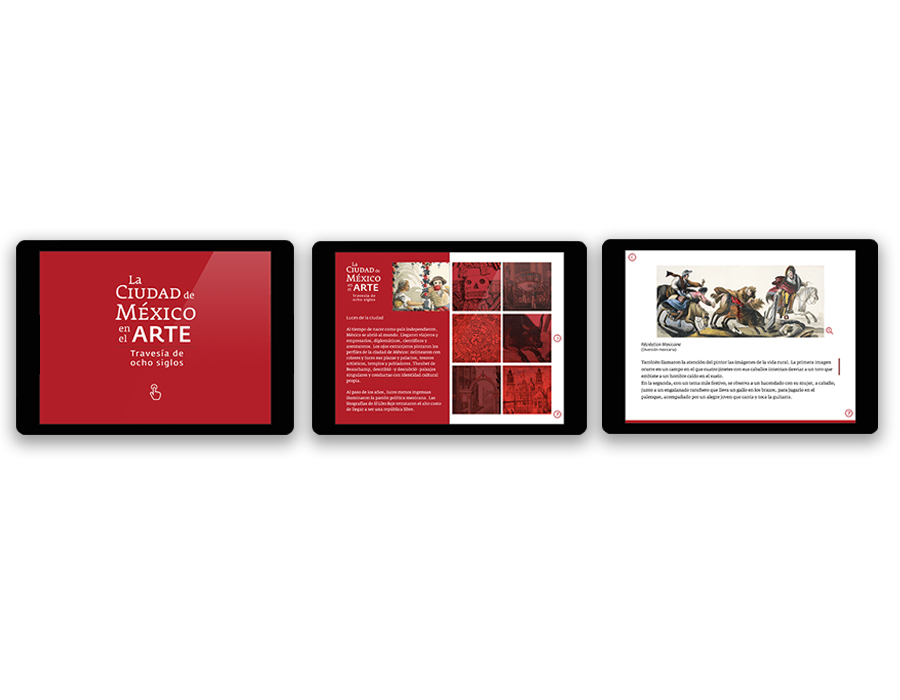